How much will a parent change for the sake of their child? In almost every country or culture, there’s a common theme. A new child can be what pushes someone to improve their spending habits, to cut out harmful foods or substances, or to fix up their life in general.

For 22-year-old Maria, it was for her son, Walter’s, sake that she began to take nutrition seriously.

In the small community of Villa Hortensia II, Food for the Hungry has hosted training workshops for a long time. Over the past 10 years, parents have learned the importance of sanitation and hygiene in the home, farmers have seen firsthand the benefits of agricultural techniques like composting and crop rotation, and local leaders have been equipped with transformative leadership skills. 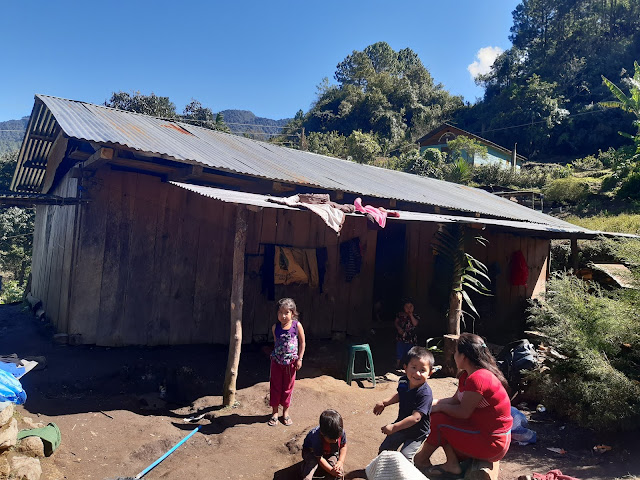 Maria had known about FH since she was a young teenager. At that age, she didn’t see the use in attending workshops. What could they add to her life? As a teenager and young adult, she believed she could take care of herself.

It wasn’t until years later when she was married with three children that her perspective changed, and she learned a lifelong lesson.

Her first time joining an FH workshop was two years ago, right when Walter was born. She showed up for a workshop, but didn’t take it seriously. She stopped going to meetings, forgetting the valuable information she’d been taught.

Two years passed, and Walter began to grow sickly. Weak and malnourished, his body was starting to shut down. Maria was heartbroken seeing her son suffer. Desperate for some advice that could help her son, she turned back to the FH staff who offered training on health and nutrition.

Looking back at the workshops she attended, Maria says, “I have learned many things from the organization, such as the essential care of a newborn, hunger signals, handwashing, food variety, hygiene in the home, and others.”

As she applied these lessons to their family life, sure enough, Walter began to return to health!

“I have learned a lot about health issues, which for me has been a great blessing. Thanks to that, my son is in good health and is growing according to his age,” Maria beams.

“I am very happy to see a change in my family, especially in my children and other families who have told me about their experience because of the training they have received from FH!” exclaims Maria.

Maria is passionate about sharing this life-saving health information with her community. Hoping that no mother will have to suffer while watching their child sick with a preventable illness, Maria is sharing what she knows with the mothers around her.

“I am very excited to participate in the training organized by the Leader Mothers and the FH facilitator. Now I am sharing the ideas with other neighbours so that they can also do them and avoid malnutrition in the children of the community. We all have to be united to achieve it and we must take into account that it is very important for our children!“ she says enthusiastically.